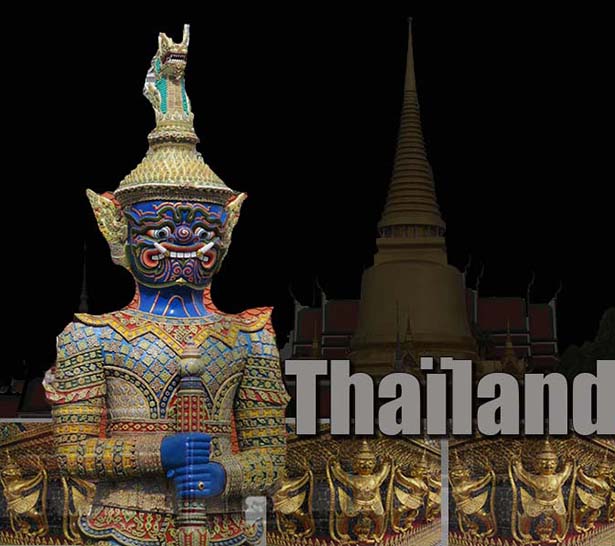 The Lạc Long Quân-Âu Cơ myth insinuate so skilfully the union and the separation of two Yue ethnic groups, one being of Lạc branch (the Proto-Vietnamese) coming down to the plains by the pursuit of water courses and rivers, the other (the Proto-Thaïs) taking refuge in mountainous areas. There are the Mường in this exodus. Being close to the Vietnamese at the linguistic level, the Mường have managed to keep their ancestral customs because they were sent away and protected in high mountains. They had a social organization similar to that of the Tày and the Thaïs.

Located in Kouang Tong (Quãng Đông) and Kouang Si (Quãng Tây) provinces, the Si Ngeou (Tây Âu) kingdom is none other than the land of the Proto-Thaïs (Thai ancestors). It is here that Shu prince Thục Phán took refuge before the Văn Lang kingdom conquest. It should also be remembered that Chinese emperor Shi Houang Di had to mobilize at this time more than 500.000 soldiers for the Si Ngeou kingdom conquest after having successfully defeated the Chu kingdom (Sỡ Quốc) army with 600.000 soldiers. You have to think that in addition to the implacable resistance of its warriors, the Si Ngeou kingdom should be very large and densely populated for the commitment of the substantial military force from Shi Houang Di (Tần Thủy Hoàng).

Despite the premature death of Si Ngeou king named Yi-Hiu-Song (Dịch Hu Tống),the resistance led by the Yue of Thai branch or (Si Ngeou)(Tây Âu) succeeded in obtaining a few expected results in Southern Kouang Si with the death of general T’ou Tsiu (Uất Đồ Thư) leading a Chinese army of 500.000 men, which has been mentioned in Master Houa-nan annals (or Houai–nan –tseu in Chinese or Hoài Nam Tử in Vietnamese) written by Liu An (Lưu An), grandson of Kao-Tsou emperor (or Liu Bang), founder of Han dynasty between 164 and 173 before our era. Si Ngeou was known for the courage of its formidable warriors. This corresponds exactly to the temperament of the Thai living in the past, described by French writer and photographer Alfred Raquez:(3)

Being belligerent and adventure racer, the old-time Thai were almost constantly at war with their neighbours and often saw their successfull excursions. After each victorious campaign, the prisoners were taken with them and deported in a part of Siam territory as far away as possible from their countries of origin.

After the disappearance of this kingdom and that of Âu Lạc, the Proto-Thaï remaining in Vietnam at this time under the bosom of Zhao To (a former general of Tsin dynasty who later became the first emperor of Nan Yue kingdom) had their descendants forming properly today the ethnic minority Tày of Vietnam. Other Proto-Thaï fled to Yunnan where they united at the eighth century in Nanzhao kingdom (Nam Chiếu) then Dali (Đại Lý) where buddhism of Greater Vehicle began to take root. Unfortunaly, their attempt was in vain. Shu, Ba, Si Ngeou, Âu Lạc (5), Nan Zhao, Dali countries are part of the list of kingdoms annexed one after the other by the Chinese during their exodus. In these countries submitted, the Proto-Thaïs presence was very important. In front of the Chinese continous pressure and the Himalaya inexorable barrier, the Proto-Thaï had to get back in the Indochinese peninsular (4) by penetrating slowly like a fan in Laos, northwest region of Vietnam (Tây Bắc), northern Thailand and Upper Burma.

(4) Indochina in wider sense. This is not French Indochina.

(5) The Âu Lạc kingdom of An Dương Vương was annexed by Chinese General Zhao To (Triệu Đà) who later became the founder of Nanyue kingdom. This one will be in turn under the control of Han dynasty, half a century later.