As long as we have the Sky and the Earth, we continue to exist.

But the day where the fatherland no more exists, our life will have no sense

Water is omnipresent in Vietnam. Water is such in osmosis with the soil and perhaps because of that the two words Ðất-Nước (Soil-Water) are often used to indicate this country. It is also here that we firmly believe we are the descendants of the Dragon king, Lạc Long Quân, coming from the Waters, and of the fairy Âu Cơ of terrestrial origin. We can say it is here that water and land unite to give birth to a people. It is also here that are found in ancient tombs amulets bearing iconographic representation of the Dragon, a mythical animal with a pig’s head and a snake’s body, a hyphen between Land and Water because the pig indicates the wealth of peasants, symbol of the Land and the snake is related  to the Water.

The history of Vietnam is also simply the history of water. Water may become fatal because it can leave its bed to absorb harvests and whole villages. To attenuate his anger and his aggressiveness, one does not cease building dams, clogging breaches, raising ramparts, digging channels. It is it that has kneaded the thick identity of the Vietnamese people and forged this heart. It is also nourishing because it is it which fertilizes the soil and makes rice grow. But it is it which is accomplice of the Vietnamese people many times in overcoming foreign aggressors.

Here, water has a thousand faces, as well as many colors and odors: tumultuous and unpredictable in the Red River with alluvium in brick color, marine and turquoise along the coasts in particular at Cà Ná, calm in Nha Trang, unchained and hemmed large waves with Ðà Nẵng, stagnated with an amber color in rice paddies and dying between the roots of palm trees in the arroyos of the Mekong Delta.

This water is found everywhere even in remote corners of Vietnam. After some monsoons, a basin left outside, a broken earthenware jar, a ditch at the edge of the road may hold it and thus become an aquarium for a biology laboratory, a water fragment for the breeding of the tadpoles or a mini-pond where lotus flowers bloom. It is also at the entrance of the villages that one finds stagnant water in ponds, covered again with water lentils and water weeds, companions of the pauper’s bowl of rice.

Water is also synonymous with fatherland. That is why the last emperor Duy Tân, brought to the throne at the age of 8 and later exiled by colonial authorities used this signification to reveal his state of mind. One day, coming back from a walk at the sea, his hands were so dirty that an old servant asked him to wash them in a basin filled with water.

The emperor asked him the following question: If the hands are dirty they can be washed with water. But if the water is « soiled », what can we clean it with? Emperor Duy Tân wanted to say if the fatherland is « humiliated », with what it could be washed off this outrage?.

This reflection stunned the old servant and made him shake.

Without waiting for his answer, the impassive emperor Duy Tân responded in his stead:
If the water is « soiled », one will wash it with blood.

If by essence, water is a protecting, fetal and vital element for humans, it is even more so for the majority of Vietnamese, a raison-d’être in this world, as it is synonymous with the word « Fatherland ». 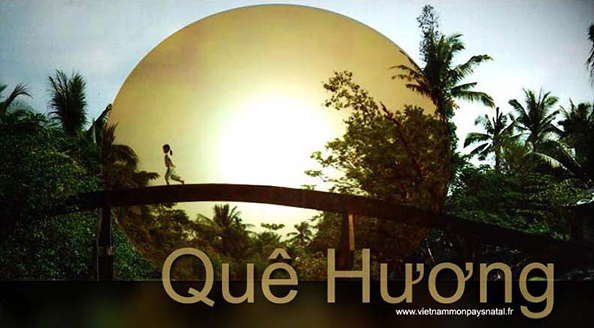 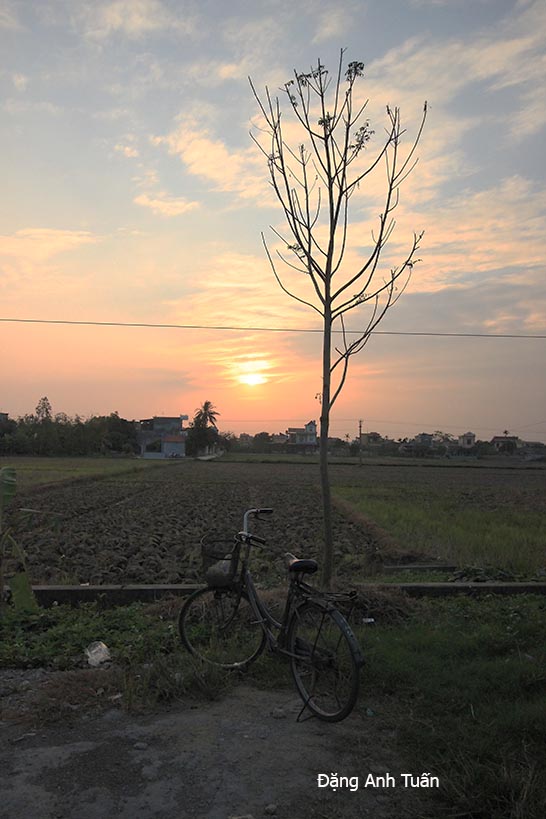 these are the first words that we learned from our teacher at the school. We have to love Quê Hương, that is what our teacher repeated everyday. This sometimes puzzled us when we were still attending school. Why do we have to love Quê Hương? It has nothing extraordinary. It has only a name. We do not see it. We do not even manage to feel its presence in Vietnam. Sometimes, we would like to deny it because it identifies poverty and misery. However it is like our mother, unique to each of us. It is live and irreplaceable. It is our raison d’être. We cannot grow if we do not think about Quê Hương. Even when we live overseas or in a remote corner of the planet, the shadow of Quê Hương keeps on grabbing us with tenderness and regret. If we have the opportunity to spend a sleepless night, we will notice how long the night would be. If we have the opportunity to leave Viêtnam, we realize we miss Quê Hương. 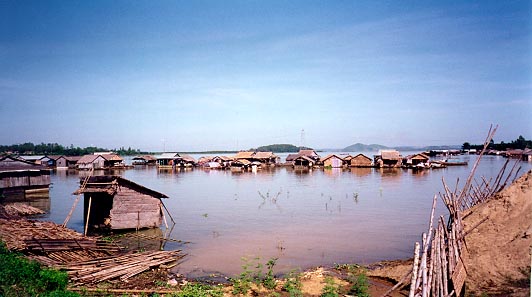 Effectively, Quê Hương is our past, our youth, our identity, our memories. We can never grow if we have no attachment to our past. Because of the the hazards of the life,we may forget Quê Hương momentarily but we do not lose it forever. 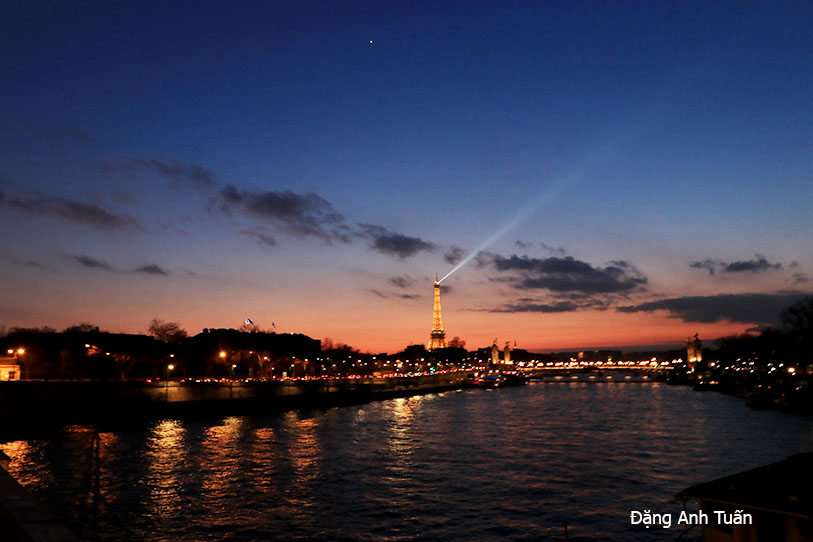 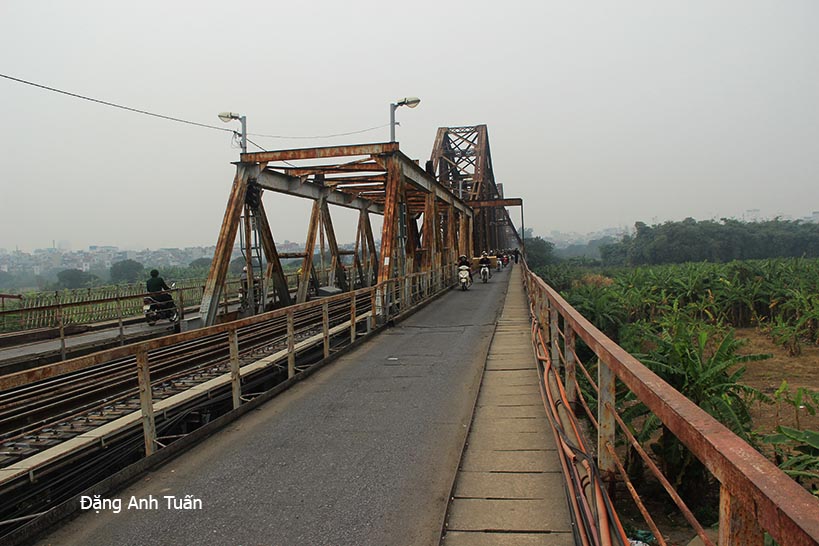 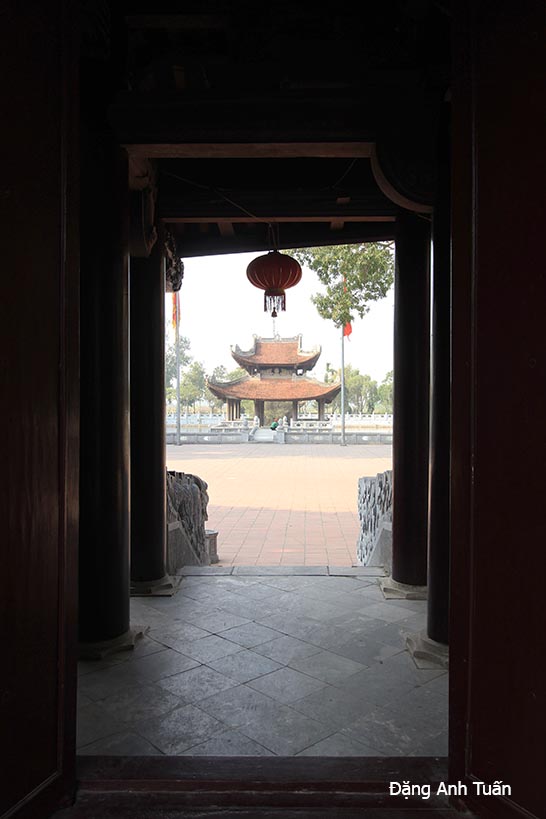 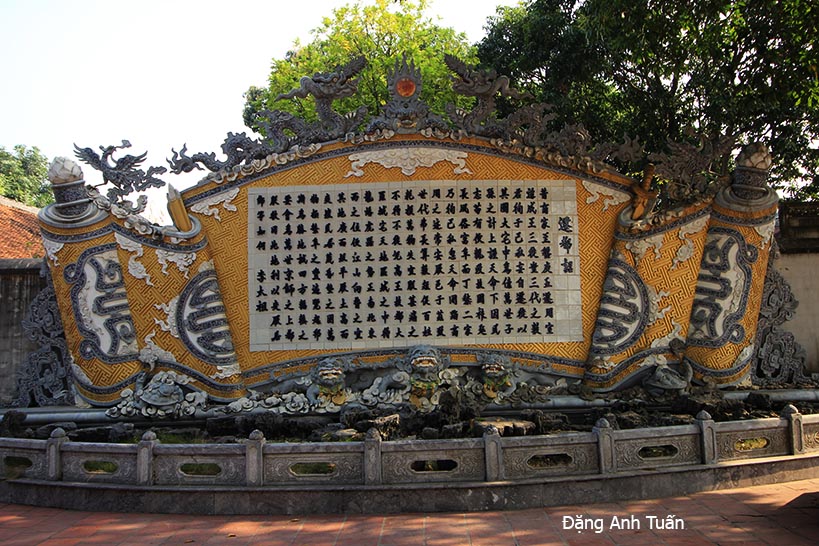 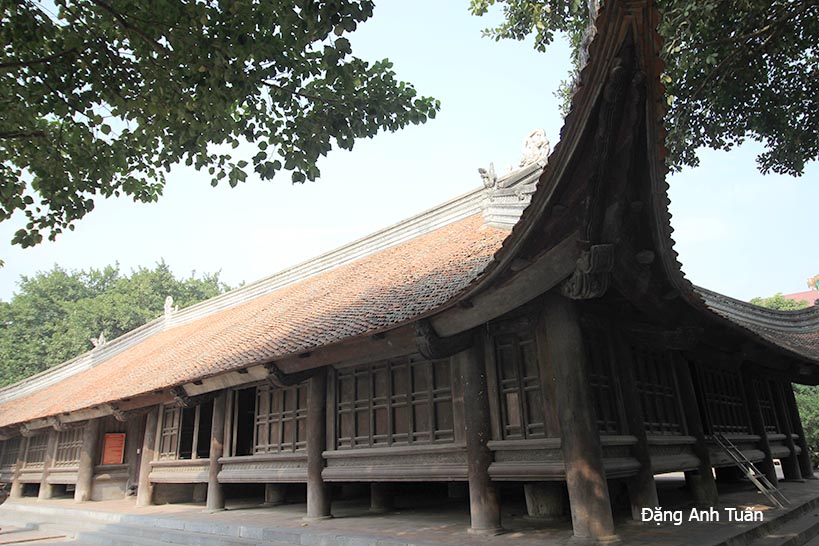 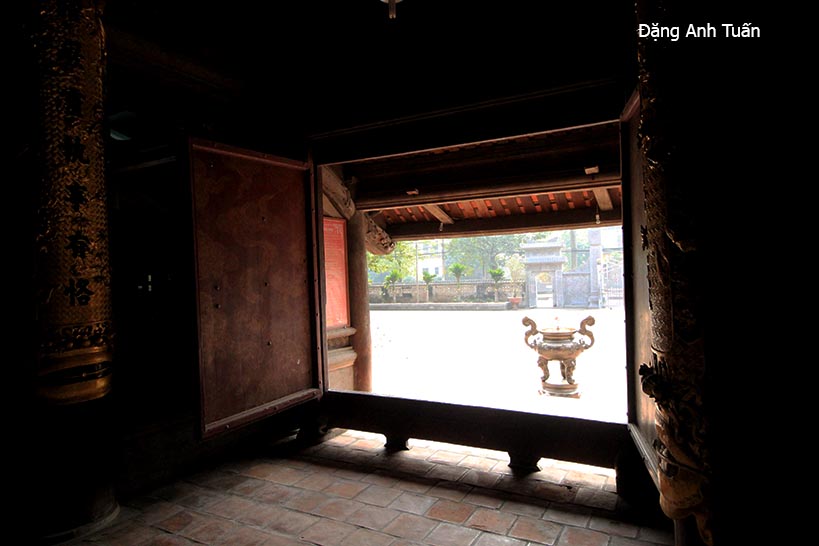 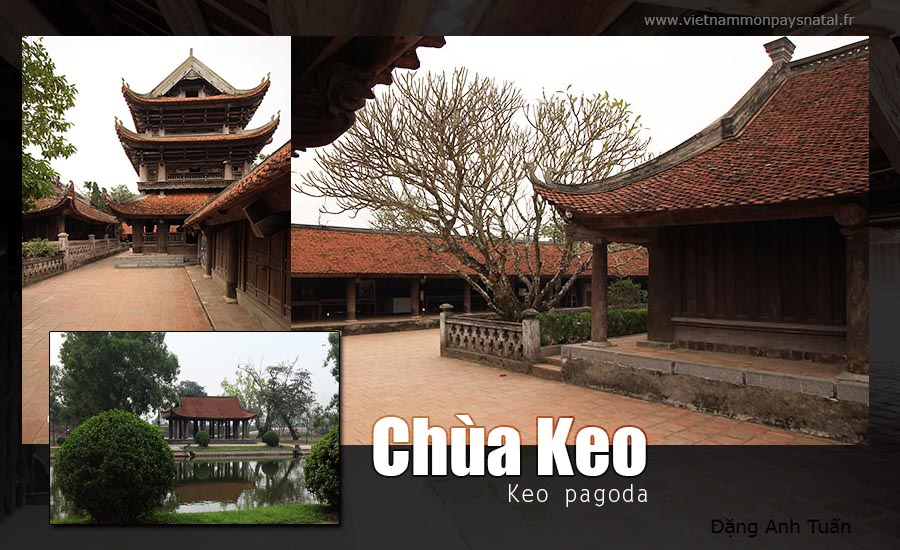 In speaking of Thái Bình province, one does not cease thinking about its local speciality (fish soup) and Keo pagoda. Being carefully prepared with  seasoned pieces  of freshwater carp in turmeric powder, this meal combined with noddles gives simustaneously a delicious  and aromatic taste  by the presence of dill  and basil leaves, which allow it to compete with phở, the Tonkinese soup. For the Keo pagoda, there is an older architectural  artefact located in the  Vũ Thư district and covering a land area of 40.907,9m2. Being considered as a greatest masterpiece  of art and  based essentially on the use of precious wooden struts (gỗ lim), this pagoda has more than 100  various-sized spans and  a magnificient three–level bell tower,  each of which  posseses its own roof  with  shaped tiles (mũi hài) and a bell in tiled bronze. One does not deny its reputation for being the most beautiful architectural jewel dating from the time of Later Lê Dynasty. Its dome looks like a flower blossomed in the midst of pagoda’s yart. The organization of religious worship is the  particularity of this building with Tiền Phật hậu thần thánh (Buddha in front yard and geniuses in rear yard). That is why Buddha is fund in the anterior room (tiền đường) while the cult of geniuses, in particular that of Dương Không Lộ monk takes place in the posterior room (hậu đường). Coming  from religious schools Vô Ngôn Thông and Thảo Đường, Dương Không Lộ was not only the great master of the kingdom under Ly  dynasty but also the inventor of Vietnamese foundry. This pagoda is accustomed to organize each year the religious festival in the spring (4th day of the first lunar month) and autumn (between 13th and 15th day of the 9th lunar month). The festival is so important that girls  cannot do without it with the following saying: