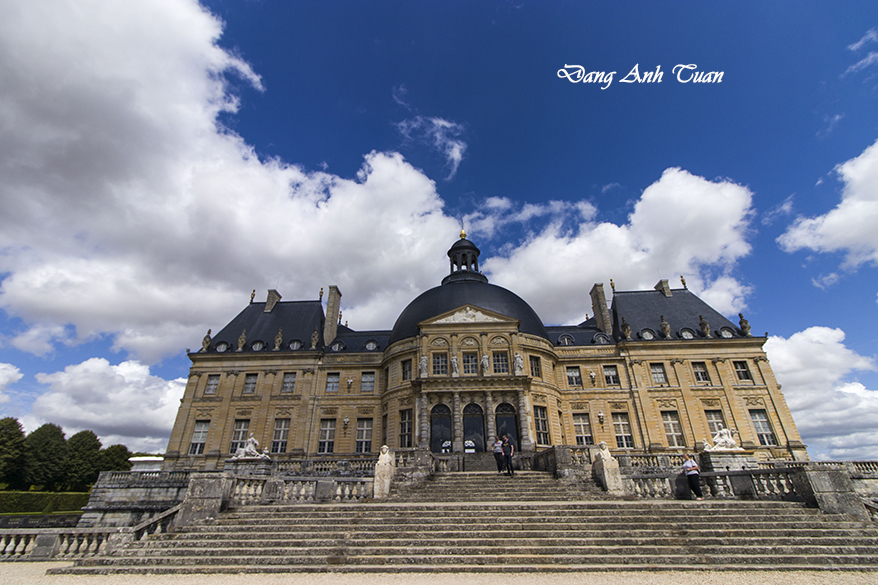 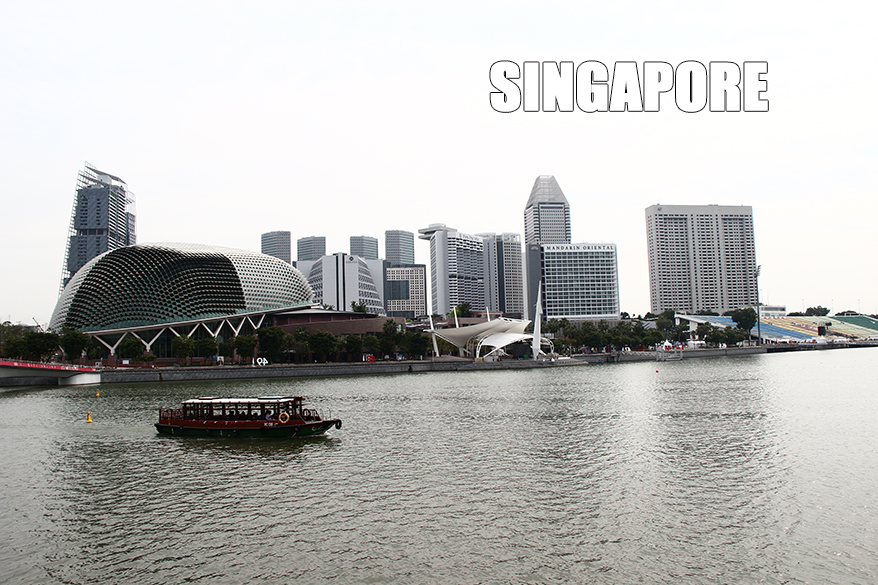 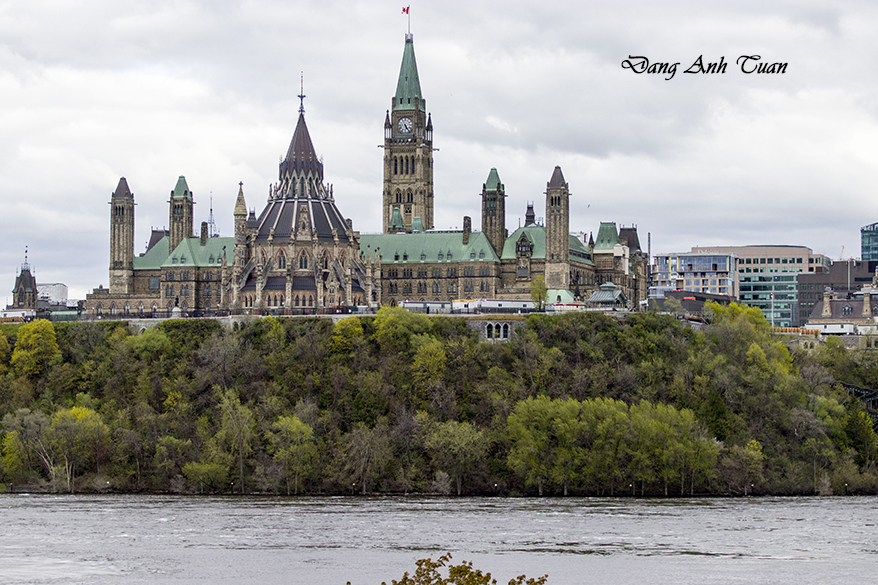 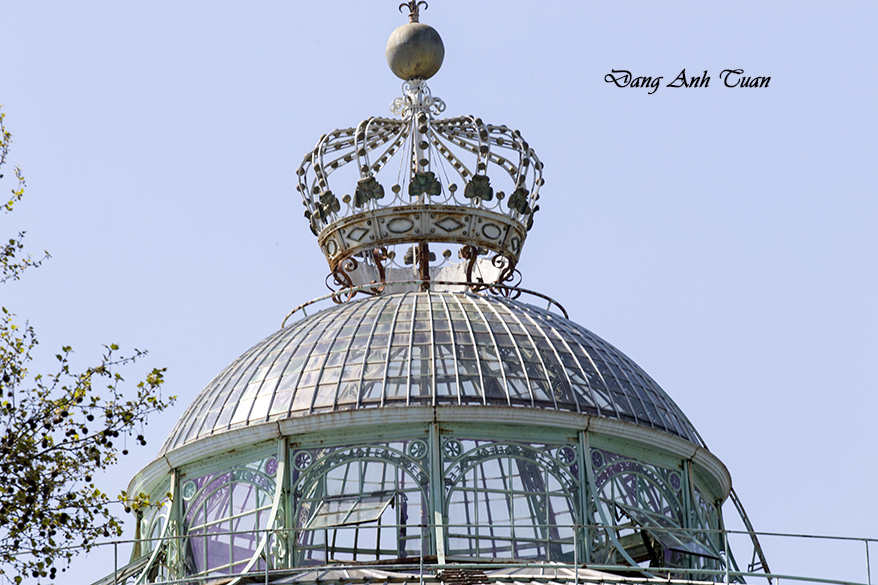 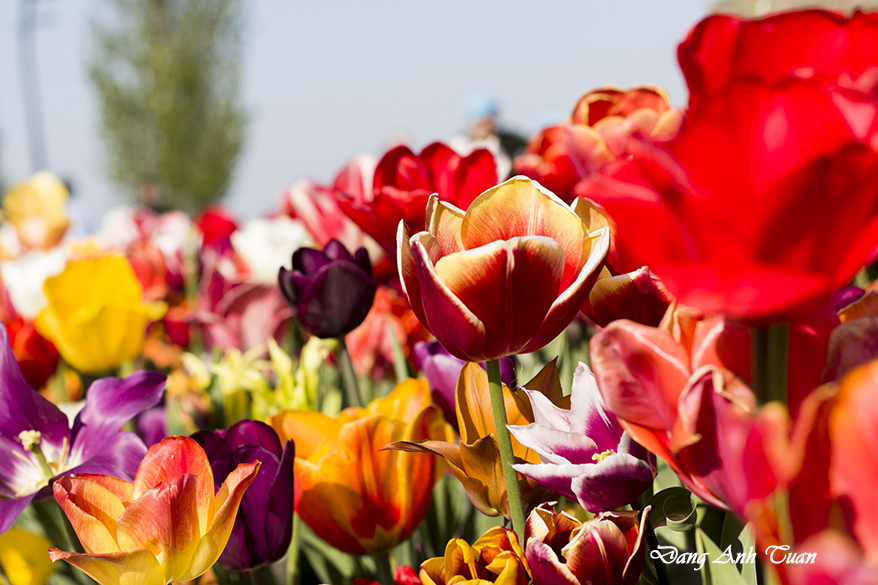 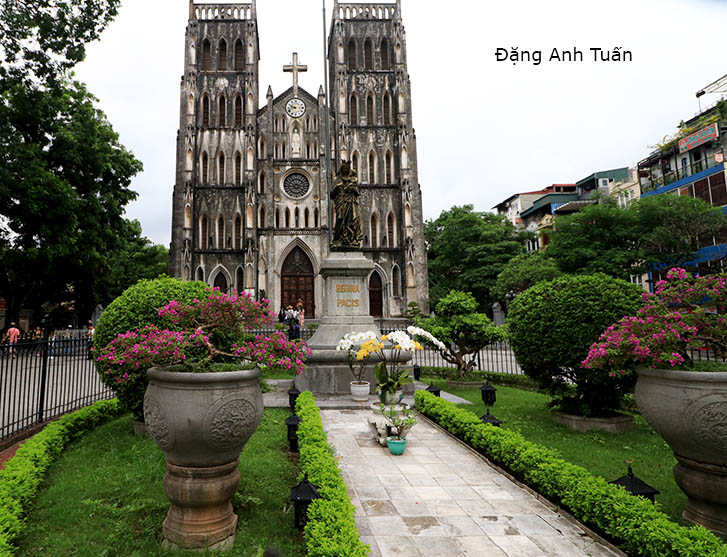 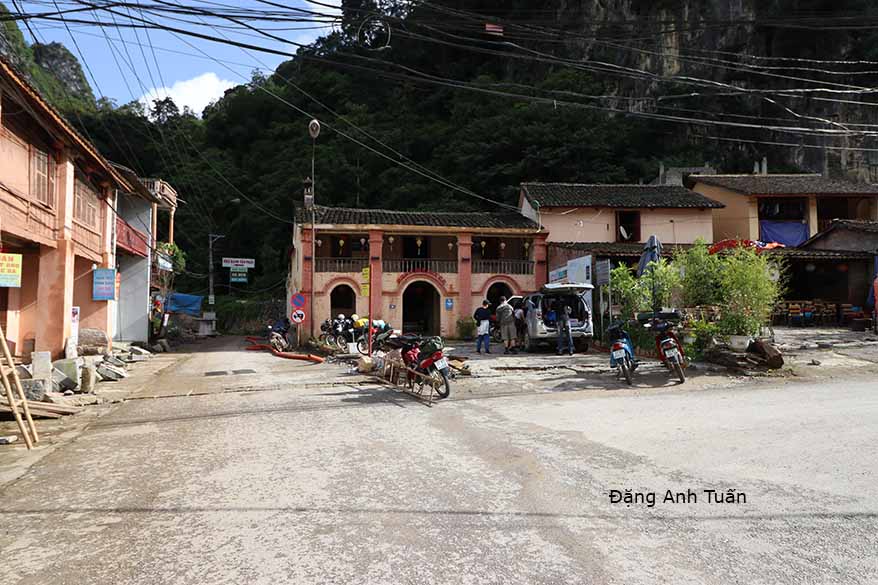 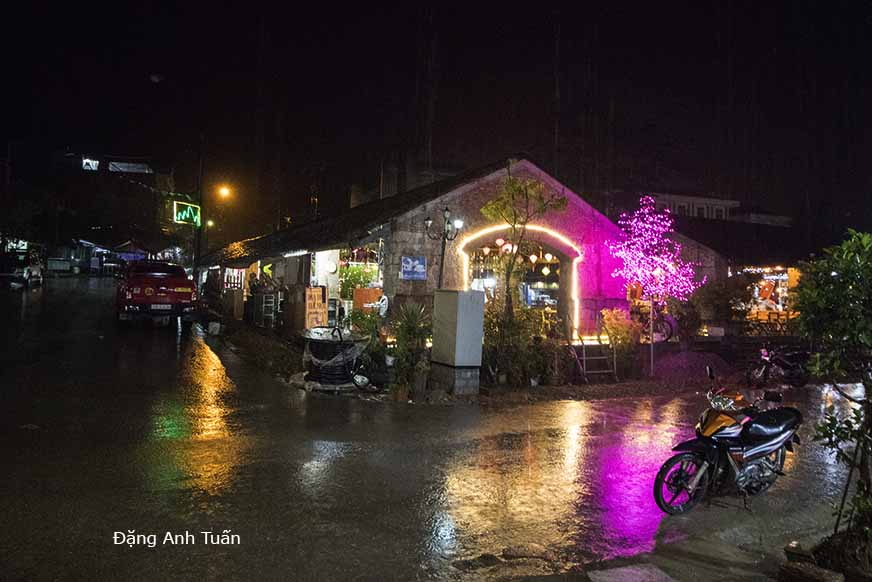 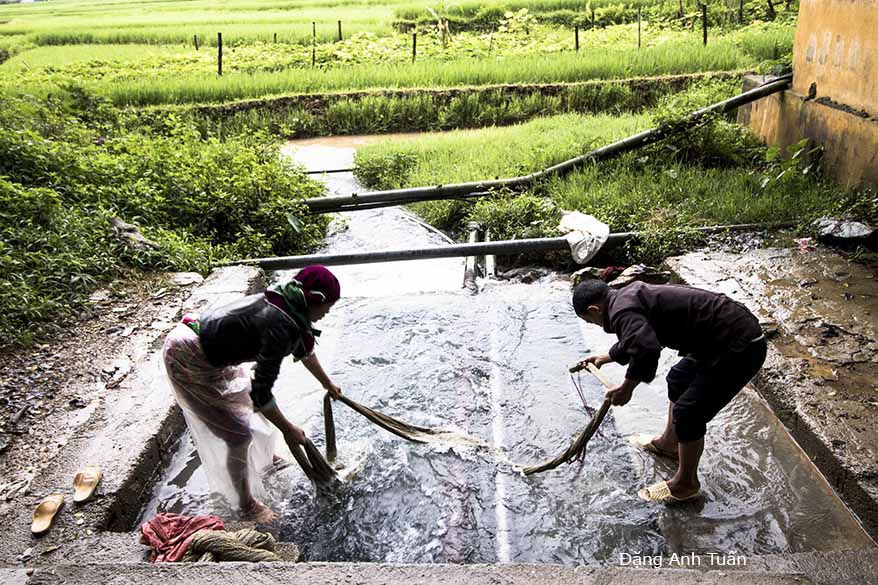 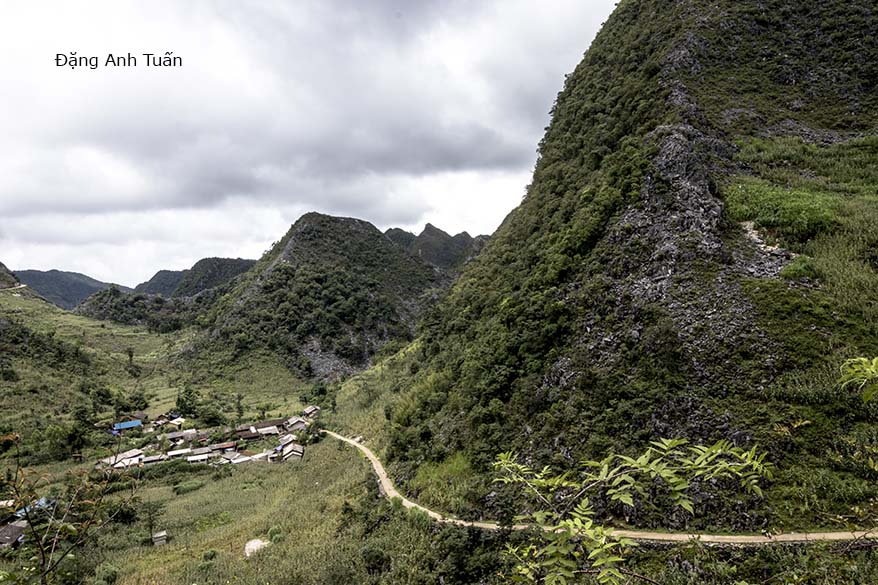 The Mekong delta’s natives are  the mixing of several Vietnamese, Khmer, Cham and Chinese peoples.

I like to dedicate this page to my two children and those from this delta.

A fifth of the population lives in this delta. The least hectare, the least cultivable parcel of the delta are exploited by peasants consisted of Vietnamese of Khmer origin, Chinese,Chàm, and Vietnamese. That is why a multitude of religions is found there: Buddhism, Catholicism, Caodaism, Islam, and Hoà Hảo. Irrigated and sprinkled by the Mekong River, this delta produced itself alone one-half of the rice of the country, which allows Vietnam to become the third largest exporter of rice in the world.

Before becoming an integral part of Vietnam, this delta belonged to the Khmer people. The first Vietnamese colonists appeared only at the beginning of the 16th century on this territory that was until then just a marshy area infested with crocodiles and filled with mangroves. It is only in 17th century that this territory became Vietnamese under the scepter of the lords Nguyễn. It was also the arena of violent clashes between the Tay Son’s armies and the Nguyen’s partisans supported by the mercenaries recruited by Pigneau de Béhaine at the end of 18th century.

One finds in this delta a labyrinth of channels and rivers that add up to 4,000 kilometers, which is equivalent to the length of the Mekong river itself. This river is born out of the snows from Tibet in the province of Qing Hai, flows for more than 4,500 km before reaching the delta and crosses six countries: China, Burma, Thailand, Laos, Kampuchea, and Vietnam. It divides itself at the capital of Kampuchea, Phnom-Penh into two branches, Mekong and Bassac that enter Vietnam separately. In Vietnam, its upper course is divided into four arms at Vĩnh Long to throw itself into the East Sea. (Biển Đông).

The great lake Tonlé Sap, located at the center of Kampuchea is not only a natural fish tank but also a natural regulator of the water flow making it possible to prevent the flood of the delta. In summer, because of monsoon rain, the level of Mekong is higher compared to that of the lake to which it is connected by a channel. The lake fills itself, passing from 3,000 square kilometers in season of low waters to more than 10,000 square kilometers at the end of the monsoon. The lake begins to reverse its water into the delta by the time the rain ends. The Mekong delta does not need big water management works or dikes to protect itself from swelling, which proves to be essential for the delta of the North. Thanks to the irrigation of Mekong, the delta is so fertile. Gardens, fields, rice plantations and orchards are seen everywhere.

These orchards are in fact small plots of land irrigated by channels connected to each other by bamboo bridges often called Cầu Khỉ (Monkey Bridges). When referring to the delta, the term « cò bay thẳng cánh«  is often used. This means the delta is so vast that the cranes can extend their wings as they fly over.

It is in this delta, at Sadec, that Marguerite Duras‘ mother ran the girls’ school. A young Chinese of good family lived there too. He will become the hero in « The Lover « . This novel has made Marguerite Duras a superstar of the French literature overnight allowing her to win the Prix de Goncourt in 1984 and ensure the sale of one million three hundred thousand copies in paperback in Midnight Editions and one million copies in hardcover at France-Loisirs.

It is also in this delta that are seen every morning, hundreds of sampans converging toward the famous floating market of Phùng Hiêp at the crossroad of seven channels in the direction of Cần Thơ to Sóc Trăng, or toward lesser known markets such as Cái Răng and Phong Ðiền. Also seen are merchants with conic hats trailing their mountains of fruits, legions of ducks, chickens and pigs to the market on their small boats, or other rudimentary means of transportation (bicycles, rickshaws). It is thanks to the orchards of the delta that one finds a great number of fruits: sapotilles, ramboutans, caramboles, corrosoles etc… at the markets of Saigon. It can be said that the delta feeds Saigon and a greater part of Vietnam. In the northeast of the peninsula lies the Plain of Reed ( Ðồng Tháp Mười ) which was a Việt Cộng refuge yesterday and which becomes the Asian Camargue today.

In spite of its lack of archaeological richness, the delta continues to play a vital role economically for Vietnam. It becomes thus the object of greed and confrontation for so many years. It was French Cochinchina at one recent time. Even Hồ Chí Minh, when alive, has agreed to its importance by burying his father at Sadec. There are folks whose names remain anchored in the memory of the Vietnamese people. Phan Thanh Giản, Võ Tánh, Nguyễn Trung Trực, Hùynh Phú Sổ, are among these folks and are issue of this corner.

Without the delta, Vietnam is never free and independent…..
It is the granary of Vietnam.