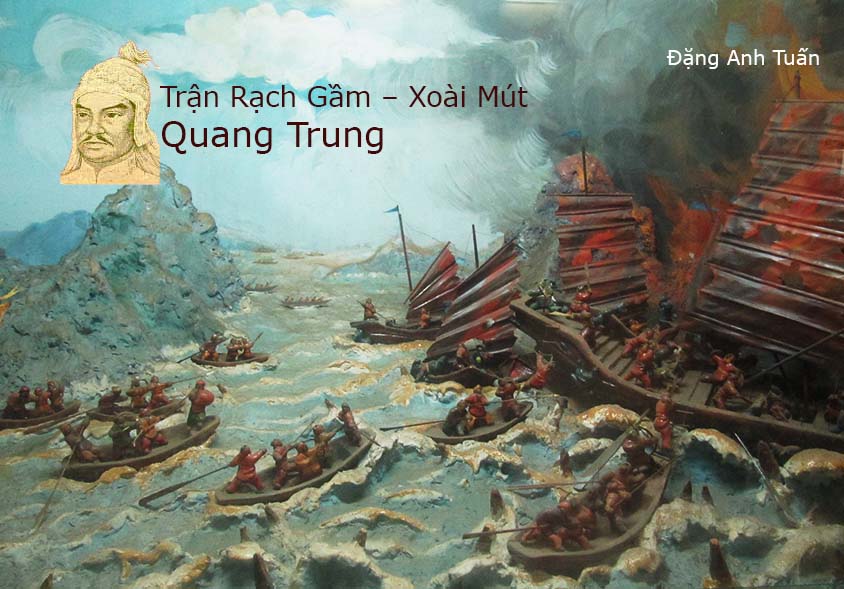 On the road of the history of Vietnam, the list of heroes is so long it is difficult to cite them all. But it would be unbelievable for a young Vietnamese not to know heroes such as Lê Lai, Trần Hưng Ðạo and Quang Trung Nguyễn Huệ because these characters illustrate each of them a model example to follow.

Lý Thường Kiệt: winner of the  Song and the Cham.

Trần Hưng Đạo: winner of the Mongol (or the Yuan).

Nguyễn Trãi: winner of the Ming of Chou Di.

Nguyễn Huệ:  winner of the  Qing and the Siamese (Thaïs)

Better being a phantom in the South is worth than to become a prince of North.

The life is a game of chance. The chance is against us. Better is worth to die now for this country and to give the example of the sacrifice.

Heaven and Earth have consideration for men of character,
Mountains and Rivers favour great-hearted and talented people.

Facing a Mongolian army of 500,000 warriors of Kubilai Khan, it is difficult for a country as small as Vietnam to resist this barbarous invasion. In spite of that, Vietnam has arrived at defeating the Mongolian army repeatedly twice in 1257 and in 1287 with shining victories on Bạch Ðăng river thanks to the talent of general Hưng Ðạo Vương Trần Quốc Tuấn. As for historians, Vietnam is the only country in Asia and Europe that succeeded in countering Mongolian invasion in this episode.

Nothing is surprising if a glance is made on the autobiography of this general. Coming from the royal family, he was a beyond-common character.

He knew how to conciliate all the political forces of the country at that time, to galvanize the spirit of unity and the enthusiasm of all the people with the Vietnamese army through popular gatherings ( Hội Nghị Diên Hồng ) and surrounding himself with talented people among whom figured a character of exceptional value of the name Phạm Ngũ Lão. 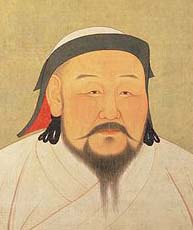 Thanks to the strategy of this one, the Vietnamese people’s army entirely decimated the Mongolian army by planting stakes in the bed of the Red river to break all the joncs.Despite the shining victories, Hưng Ðạo Vương knew it was difficult to win the war facing a strong enemy such as the Mongolian army.

Aware of geographic realities and potilical necessities, he knew how to avoid cutting completely all ties with his powerful neighbor by proposing that Vietnam continued to pay tribute in exchange for a long lasting peace. Thanks to this general’s perceptiveness, Vietnam found a period of peace and independence. This general is highly praised by the Vietnamese people because it is found in him all the qualities of a politician. His memory is honored every year at the temple of Kiếp Bắc.

His advice to king Trần Anh Tôn before his death in 1300 served several times as reference for most of Vietnamese in the struggle for independence:

When the enemy advances roaring like fire and wind, it is easy to overcome them. If they use patience like the silkworm nibbling berry leaves without looking for a quick victory and without fleecing people, we need to have not only good generals but also an elaboration of adequate tactics like in a chess game. In any way, the army should be united, having only one heart like father and sons in a family, the people should be treated with humanity so we can guarantee deep roots and durable bases.

Quang Trung Nguyễn Huệ was a native of Tây Sơn where his ancestors resettled to get away from the war between the Trinh and the Nguyen. With his two brothers Nguyễn Nhạc and Nguyên Lữ, he led the uprising of Tây Sơn. (this region is located near Quy Nhơn in the south of Vietnam). Despite his young age, it was he who played the role of a leader in the revolt and also in the management of state affairs of Ðại Việt after having eliminated the Nguyen and the Trinh. His first success was the victory he knew how to get with an alarming rapidity in 1785 west of the Mekong against the Siamese (Battle Rạch Gầm-Xoài Mút (Mỹ Tho)). The latter were dispatched by the Siamese monarchy to reestablish Nguyễn Ánh to the throne. From an army of 50,000 troops at the start, it remained only 2,000. That permitted to cut dry the Siamese expansion in the direction of Cochinchina.

His fame was due a great deal to the way of making a lightning war against the Qing in 1788.

That year, allied with the puppet king Lê Chiêu Thống, the Chinese arrived in front of the capital Thăng Long without any resistance, Ngô Văn Sỡ, the chief of the Tây Sơn at Thăng Long having preferred to withdraw his troops to Thanh Hóa

Nguyễn Huệ decided to attack the Qing on the day of Tet when the discipline was relaxed with the Qing. In five days, he succeeded in retaking the capital Thăng Long. Like Hưng Ðạo Vương Trần Quốc Tuấn, Nguyễn Huệ showed proof of humility before China whose power was incomparable in spite of her defeat, which restored peace along the border. During his years of reign, he imposed the nom as the official script to get away from the Chinese cultural domination. Despite his will to reform the country, he did not have the time to reign. He died in 1792, leaving an heir only 10 years of age.

This allowed Nguyễn Ánh, the last survivor of the Nguyễn dynasty to conquer little by little all Vietnam and become later emperor Gia Long.

For the majority of Vietnamese, Quang Trung is not only a reforming king but also one of the strategists the best known.

It was in a phase of decisive struggle that Lê Lợi was besieged at the Chí Linh mountain by the Chinese determined to capture him to render the resistance leaderless. Le Loi had an idea of looking for someone who would accept to disguise himself under his traits, fight in retreat in another direction to trick the Chinese in their pursuit and thus allow him to escape and continue the struggle for liberation.

Among his troops there was a soldier of the name Nguyễn Thân who consented to play this stratagem. As foreseen, the Chinese followed the false Lê Lợi, captured him and killed him. Thanks to Nguyễn Thân, Lê Lợi, after 10 years of struggle, triumphed and founded the dynasty of the Le who would reign almost one hundred years. Admiring the man who had accepted to die in his stead, and the sacrifice of Nguyễn Thân for the great national cause, Lê Lợi granted the latter the privilege of bearing the royal family name Le and the individual name Lai, and ordered posterity to perpetuate Le Lai’s anniversary which falls on the eighth month of the lunar year. This has recalled in the Vietnamese youth a sublime sense of solidarity between the individual and the great cause, of which Lê Lai is the supreme illustration.