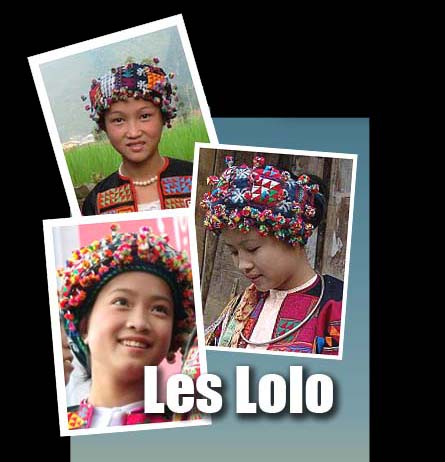 Being known in China under the name « Yi », the Lô Lô are  also called Mùn Di, Màn Di, La La, Qua La, Ô Man, Lu Lộc Mà by the Vietnamese. They belong to the Tibeto-Burman ethno-linguistic group.  A large number live in the highland areas of China  (Sichuan, Yunnan, Guizhou et Kouang Si) except a little minority native of Yunnan installed  in the Upper Tonkin at the time of migratory flows which were appeared in the 15th and 18 th centuries. At present, the population of this ethnic group amounts to about 4000 individuals in Vietnam. According to  ethnologists, the Lô Lô are descendants of the nomadic people and sheep farmer Qiang (Khương tộc ) who emigrated from the  South East of Tibet for taking up permanent residence  in Sichuan (Tứ Xuyên) and Yunnan (Vân Nam).

The one of 54 ethnic minorities in Vietnam 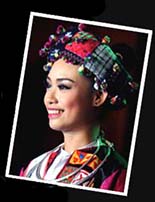 At the period of Chunqiu (or Spring and Autumn period)(Xuân Thu in Vietnamese), this people was always at war with the inhabitants of Yellow River (Hoàng Hạ),  ancestors of the Chinese. Their expansion was stopped by the duke Mu of the Qin  state (Tần Mục Công) which  ruled between -660 et -621 and was one of five famous  hegemons (Bá chủ) at this time thanks to the contribution made by his talented chancellor Baixi Li ( Bá Lý Hệ).

In the ethnic group Lô Lô, there are two small groups: the coloured Lô Lô  (Lô Lô hoa )  and the black  Lô Lô  (Lô Lô đen). They live by using   traditional irrigated rice method and slashand-burn agriculture with  most important plants as  corn, sticky rice and ordinary rice. That is what we see in Đồng Văn et Mèo Vạc districts on the fields and milpas.  By contrast, in the Bảo Lạc district, except the permanents milpas, they use  the field terraces. Their main food is the maize flour immersed in boiling water. The broth is not missing in their meal, which  always requires the use of  bowls and  spoons in wood.

In general, their homes are conveniently located in high  and dry areas overlooking the valleys. They prefer to live near dense forests because forests and streams are considered by them as living spaces of the soil genius. They are just people who like to live in harmony with nature. They use the hoods with two shoulder straps  in rattan or a variety of bamboo (giang) for transporting their possessions. They prefer to be married  with people of their sample ethnic.  They  also practice exogamy just in case the marriage takes place  between people from different parentages. The Lô Lô  are monogamous. The young bride lives in the family of his  husband.  The adultery is condemned in their traditions. However, the levirate marriage is tolerated because the little brother of the deceased can take for the  spouse his sister-in-law. Similarly, the son of   the parternal aunt is allowed to be married with the daughter of the maternal uncle (cô cậu) but it is strictly forbidden to do the opposite.

In the family, everything is decided by the husband. The daughters inherit jewelry of their mother and receive upon their marriage a dowry. About the heritage itself,  the beneficiaries are male children in the family. When a person is died,  his family organises a ritual ceremony in the intention of helping  his  soul to find   the path towards  his ancestors. Being known under the name  » dance of the spirits », this  rhythmic manifestation is led by his son-in-law carrying on his shoulders a bag containing a cloth ball representing the head of the deceased. Sometimes,   instead of this ball, we find  a piece of wood or a squash on which is drawn the figure of the deceased. This shows that the traces of the practice  of headhunting remain vivacious among the Lô Lô. During the funeral, this son-in-law must carry one of the extremities of the coffin. It is him and brothers of the widow to throw the first handfuls of earth in the tomb of the deceased.

The Lô Lô  clearly distinguish between close ancestors (in less than 5 generations) and distant ancestors (beyond six generations).  For close ancestors, there is always an own altar in each family while for distant ancestors, the ritual takes place in the home of the  lineage head (trưởng tộc).  Like the Vietnamese people, the Lô Lô have the bronze drums which are used only during the funeral. These drums   are always in pairs: a male and a female. They are placed in the supports next to feet of the deceased so that their eardrums are  opposing each other. Then a player stands between them and strikes them alternatively with a unique drum stick. A  beat for the male drum followed by  another  beat for the female drum, all of this is in a regular cadence.

The player must be  single or a married man whose the wife is not pregnant at the funerals. Being a sacred instrument, the drum is buried or hidden in a place which is simultaneously clean and discreet. There is only the familial lineage head  who  knows this emplacement.

For the Lô Lô, there is a legend concerning the bronze drum:

Once upon a time, the country and its inhabitants were swallowed by the flood. Having had compassion for young girls who were dying, God provided assistance to them by putting respectively the big sister in the great bronze drum and the younger in the small drum. The drums were not drowned by the flood, which saved two young girls. After the deluge, they taked refuge in the mountains and were married. They had thus become the ancestors of ressurected humans.

Like the Vietnamese and the Chinese, the Lô Lô celebrate their new year at which are added other rites and  festivals. The is the case of the ritual of new rice, the celebration of the 5th day of the 5th moon, that of the 15th day of the 7th moon etc.. We don’t forget to mention also the dance under the  moonlight . The latter may last all night  and assembles  either a majority of  girls and boys or  a group of young girls  or married womens. The dance  starts with  the formation of the circle carried out by the dancers who place their hands on the shoulders of others.  They are accompanied  by songs  and movements simulating the  daily activities  such as the rice pounding and   winnowing,  the fruit picking or the embroidery etc …

Being the favourite entertainment for youth, the dance under the moonlight takes place on the site near to the village and it can take up to the morning light.

Althought the Lô Lô are not numerous in Vietnam, they are distinguished from other ethnies by their flamboyant clothing and the deep attachment to nature. 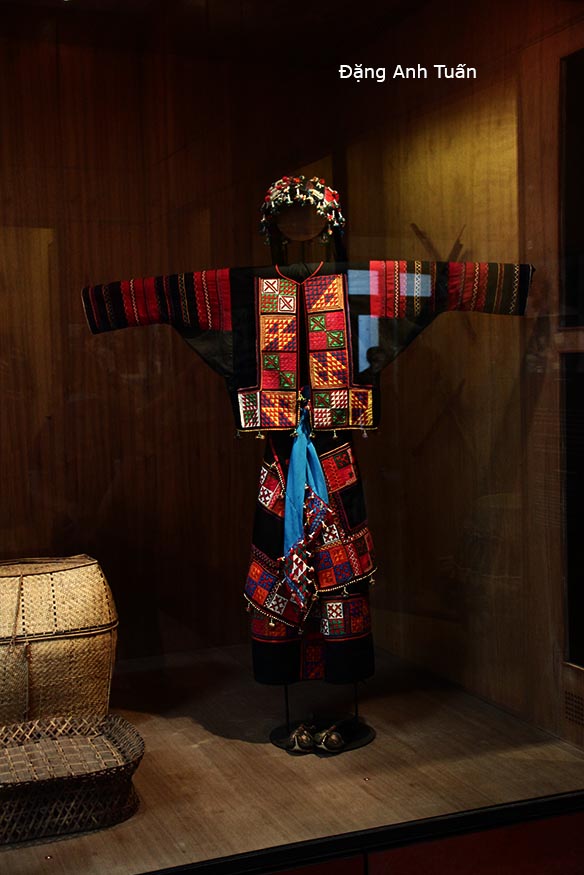