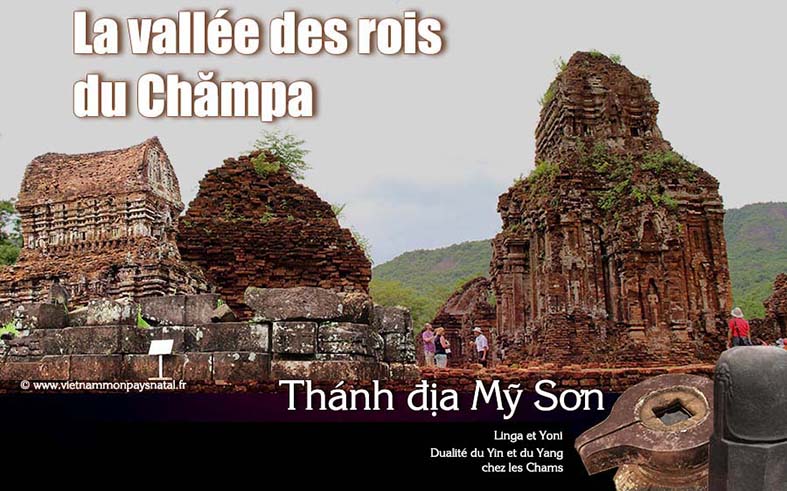 The valley of Chămpa kings

The Old Chămpa inhabitants have incarnated their soul into the soil and the stone and they have been able to take advantage of the nature for making it in a splendid, mysterious and grandiose Mỹ Sơn. It is a real architectural, sculptural and artistic museum for the outstanding value in the world that it is difficult to fully understand.

The brick buildings and  sandstone statues are the cornerstone in the Chămpa art. Contrary to the Khmer, the Chămpa people continued to build the edifices in brick, despite the perfect mastery of sandstone in decorations and statues. The Chămpa architecture is inspired by India. The works are essentially composed of a main temple (or kalan in the Cham language), some towers and some outbuildings, the whole included in the enclosure. The brick carving remains a particular and original Chămpa art rarely found among other peoples of Southeast Asia.

Mỹ Sơn could be compared with Angkor (Cambodia), Pagan  (Myamar), Borobudur (Indonesia) and Ayutthaya (Thaïland). Mỹ Sơn is located  in a valley located approximatively 10 km west of Trà Kiệu. This one was known as the capital of Lâm Ấp kingdom (Linyi)  from 605 to 707 with the name Simhapura and  situated 37km south of Đà Nẵng city.

A great homage to Chămpa civilization vanished in the turbulence of history.