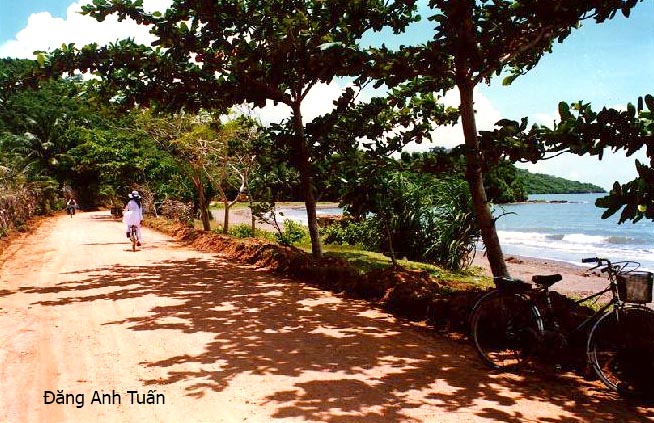 Facing to the Gulf of Siam, Hà Tiên is located about 8 kilometers from the Cambodian border. It is also the city marking the end of the long walk towards the South started by the Vietnamese. Before being known as Hà Tiên, it initially was called  Phương Thành then Mang Kham in the past. Its economic growth has been due to the massive arrival of the Chinese, supporters of the former Ming dynasty (or Minh Hương in Vietnamese) whose most known was Mac Cửu (Mac King Kiou).

Being hostile to the new dynasty of the Manchus (Qing) and leaving China at the 17 years age, this one,was established with his family in Cambodia in 1671. He was appointed a few years later by the Cambodgian king as provincial chief of Mang Khảm . Thanks to his generosity and business talent, he succeeded to transform Mang Kham into a port city flourishing and animated in the region. For countering against the Siamese’s ambition, he needed the Vietnameses protection, in particular that of the Nguyễn lords to the detriment of the Cambodian ones. They agreed to confer to him the title of commander of troops (tổng binh) in this region. Consequently, Mang Kham belonged to Vietnamese territory and changed name into becoming Hà Tiên. According to the legend, one saw appearing on the river, the ballad of Immortals (Hà river in Vietnamese). It is also the reason for choosing this name. Hà Tiên became a few years later the starting point for the conquest of Cambodian districts: Long Xuyên (Cà Mau today), Kiên Giang (Rạch Giá), Tran Giang (Cần Thơ), Tran Di (Bạc Liêu) with his son Mac Thiên Tứ. This latter was a character out of the ordinary. His fate was tied closely to that of Nguyễn Ánh, future emperor of the Nguyên Dynasty. It became the famous rampart of the Nguyễn against the Tây Sơn. With the years of vicissitudes of Nguyễn Ánh, he had to take refuge in Thailand with all the family and the son of Nguyễn Ánh, Prince Xuân. To sow doubt among the Siamese, the Tây Sơn did not hesitate to falsify documents and make them responsible for a conspiracy against Siamese king Trịnh Tân (Phraya Tak Sin).

His entire family was executed with the prince Xuân. To preserve his honor and fidelity, he committed suicide in September 1780. Mac Thiên Tứ was also a greatest poet of his time. He made Hà Tiên famous by his volume of poems entitled « Hà Tiên Thâp vịnh » praising the beauty of its natural and marvellous sites.

This volume continues to grow in the coming years with the addition of 10 poems written by each of 31 poets belonging to the club of the poets « Chiêu Anh Các » created under the initiative of Mac Thiên Tứ. That constituted in all 320 poems to which Nguyễn Cư Trinh added the last ten poems to give a value priceless to this volume that continues to be transmitted to the posterity.

Ones does not forget his famous poem in Six-Eight to tease an young girl in Quảng Nam (Center of Vietnam), disguised as a young student taking part in the evening of the illumination festival. By seeing this young man, he does not hesitate to send the following four verses:

On the other side, the lotus has many flowers
The person who admires them is more prettier than you.
On land, you continue to admire them
Everyone is not be interested to admire your « flower »

Without hesitation, he replied promptly by the four following verses:

The surface of the pond is filled with flowers of lotus
Ones finds here at the same time these flowers and the people’s shadows
On land, each one is admiring them
Why isn’t a beautiful flower found? 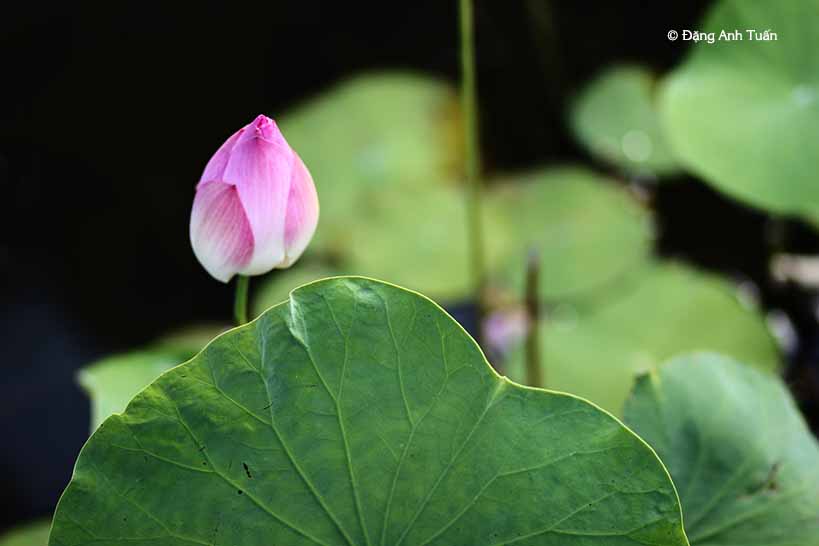 This poetic exchange enabled him to have sympathy and to discover that this young student was only one girl disguised as a boy to avoid the pirates, coming from the Center of Vietnam, following her father to make the trade and bearing the name Nguyễn Thi Xuân. Mac Thiên Tứ took her later as wife of second rank . But the latter failed to die because of the jealousy of his wife . She was forced to withdraw herself in a pagodon to finish her last remaining days. Before her death, she left a poem showing her purity and nobility in a nauseaous world filled with turpitudes by comparing her with a lotus flower:

Leaving mud, the lotus flower continues to open out
It is glad to be pure in nature
Its perianth becomes more or less purple in the course of time
But one should not compare the nobility with this flower.

When one evokes Hà Tiên, one does not forget to think of Mac Cửu and his son Mac Thiên Tứ because it is thanks to them that Vietnam succeeded in achieving its long walk towards the South. Nothing is more astonishing than to see the deep attachment and respect which the Vietnamese reserved for Mac Cửu and his family through his temple in Hà Tiên.